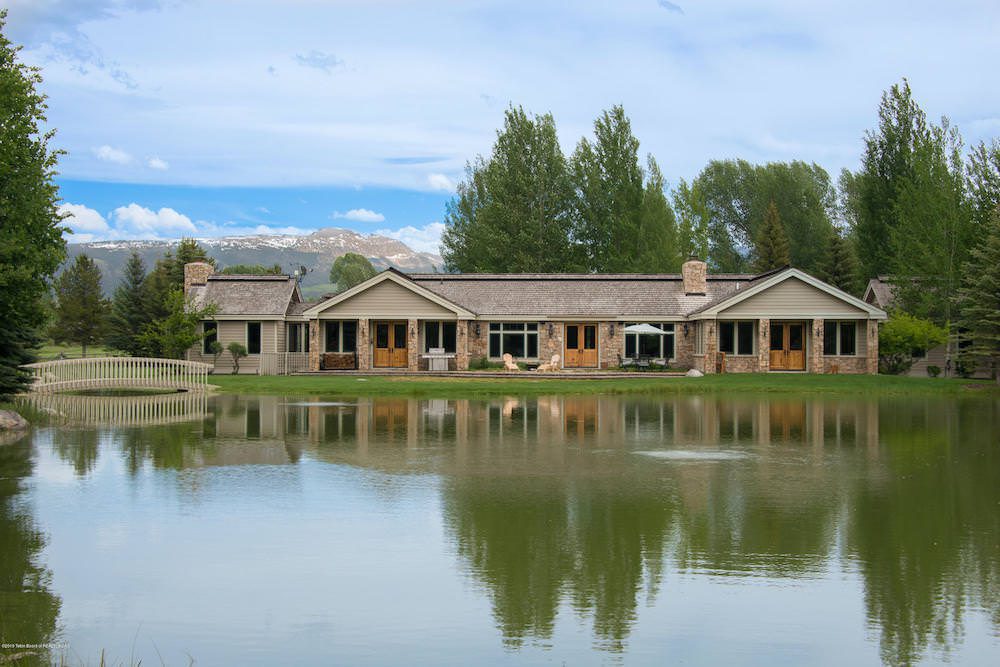 Following the initial shock of the coronavirus outbreak and a now-recovering stock market drop, many affluent city dwellers have emerged from their lockdowns to seek getaways from their high-density neighborhoods. Jackson Hole’s luxury real estate market is a case in point.

The listed-dollar pending sales volume for single-family homes and condos in Teton County nearly doubled in May to $102.2 million, up 96 percent compared to the same month last year. While less units went under contract, the average listing price for pending sales nearly tripled, rising from $1.1 million in May 2019 to $3.2 million last month.

With its vast mountain and valley views, countless recreational opportunities and open spaces bolstered by 97 percent public land, Jackson Hole is a natural fit for those seeking refuge from metro areas. Not only that, but its lively arts and culinary scenes eliminate some of cultural sacrifices one might make by moving to other rural areas.

Add in the facts that Wyoming is often ranked the most tax friendly state and rated as the state most prepared for a recession by Moody’s, and it’s no surprise that Jackson Hole has seen renewed attention from luxury home buyers.

This high-end demand does not mean that the national shutdowns and associated stock market drop did not have a profound impact on Jackson Hole real estate, however. The overall units sold in Jackson Hole decreased by 47 percent in April and May compared to the same period last year.

Pending sales volume also fell by 24.3% when the Dow Jones Industrial Average bottomed out in mid-to-late March, compared to its peak in mid February. However, by late May, pending sales volume in Jackson Hole had nearly returned to that mid-February level, closely shadowing the stock market recovery.

Despite the lockdown lull, year-to-date sales volume is now down just 4% compared to the same period in 2019, which was a record year for sales volume in Jackson Hole.

Uncertainty Remains in the Lower End of the Market

While the high-end market is buzzing, the rest of the Jackson Hole real estate market remains difficult to predict, largely because there continues to be very little inventory to analyze as homeowners hold onto their properties. Anecdotally, we have seen very few price drops on listings so far.

That said, among condos and townhomes, which often account for a large percentage of under $1 million sales, unit sales have decreased by 45% so far in 2020. Even during the first quarter of this year, much of which was unaffected by the coronavirus outbreak, condo and townhome unit sales were down 26%.

Meanwhile, the average sales price of condos and townhomes has increased by 36% to $1.1 million in 2020. This all indicates that buyers have been more hesitant to act on listings under $1 million.

The coming months will be telling about whether a continued recovery will get buyers off the sidelines in the lower end of the market, or whether a more widespread adjustment in listing prices will be warranted. However, the increased activity at the higher end of the market shows that demand for property in Jackson Hole will not be subsiding anytime soon.