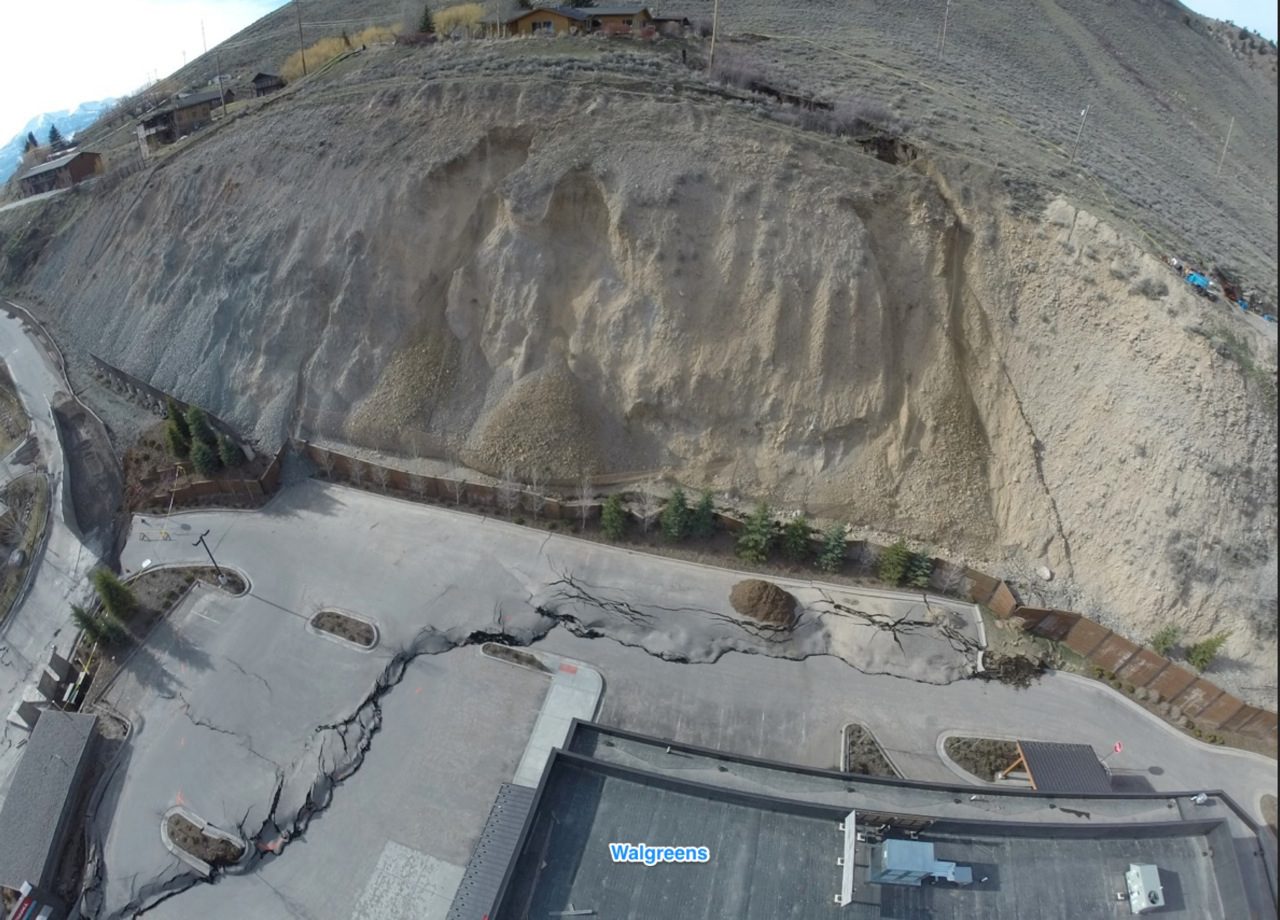 Jackson Hole’s big news of the week is not that Yellow Stone National Park is erupting but that E. Grose Ventre Butte is coming apart just off Broadway. Over the last year, this area of Broadway has gotten a lot of attention because of the addition of a new Walgreens that was built at the base of the butte on the north side of Broadway. Many locals did not want to see this type of chain store brought to Jackson, and much of the blame for this landslide has been directed towards the construction of the new Walgreens. While the construction of that building seems like the culprit, the reality is that many improvements made over the last couple decades have all contributed to the instability of the hillside.

Over the last week, business has been closed and out of town experts crawling over the hillside trying to figure out what the likelihood of a landslide would be. With not much to report in Jackson in April, the Jackson Hole New and Guide (JHNG) have spent a lot of time covering the possible landslide. They reported on Wednesday that business would re-open Friday, April 18, but yesterday at about 5pm, there were hundreds of people staring up at the hillside from across the street waiting to catch a glimpse as the toe of the slide shifted revealing massive cracks in the hillside that did on exist a few hours earlier.

Business along the northern side of Broadway been shut for a week because the instability of the butte, and residents who live on Budge Drive have not been allowed back in there homes. Who knows what this will do to property values off Budge Drive considering there are 20 homes up there.

This blog may not be the first time your hearing about this landslide considering the event has made national news on all the networks.  What I can tell you is that as usual the media has blown this whole event way out of proportion. Fox News stole the headlines with the title, “ Rocky Landslide Slowly Devours Part of Wyoming Resort Town”. While the loss of Jeremy Budge’s house is tragic, we are all doing fine here in Jackson Wyoming.